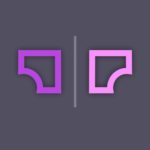 The PairRepeater2D is a 2D Repeater that doubles an input Shape about an axis either a symmetrical mirror image or as a duplicate and separated by some distance. This is a very useful node considering how much symmetry there is to be found in the world.

Composite Shapes with symmetrical forms can be very appealing. In the following example, the Union of a Shape that has been repeated with ShapeRepeater2D and another RoundedRectangle creates a base, while the Difference creates two pavillions. 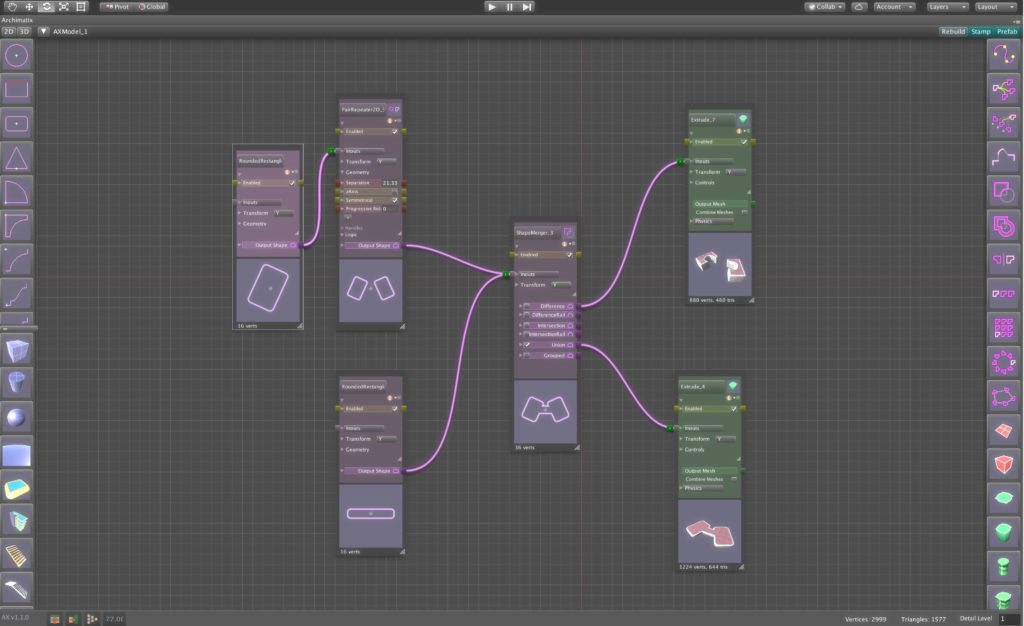 Node graph with a PairRepeater2D generating a base and two pavillions.

Note that if the two pavillions did not need to be cut by the center RoundedRectangle, it would be better to use the 3D PairRepeater for them, while using the extruded PairRepeater2D for the base Shape.

In the following example, a mask of sorts is made with a Circle doubled by a PairRepeater2D. Moving the circle changes the personality of the mask, with the eyes always symmetrically positioned.

The eyes are from a Circle in PairRepeater2D 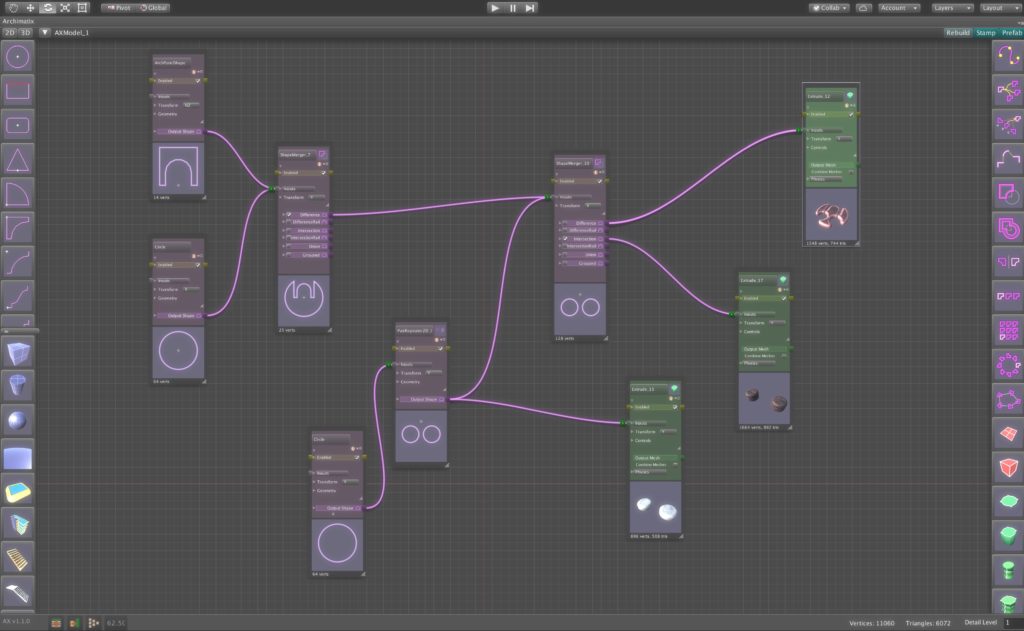 The node graph for the mask with ease from PairRepeater2D.

The Separation determines how far from the axis each instance of the input Shape should be. 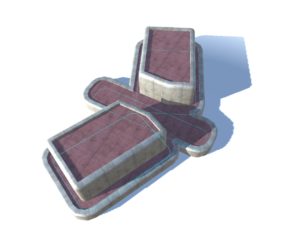 The above example with zAxis checked.

By checking this parameter, you can specify that the shape should be repeated in the vertical axis rather than the horizontal.

With this checked, the repeated Shape is flipped in the x-axis or the z-axis, depending on the zAxis setting (above).

The ProgressivRotation perhaps makes more sense for the other Repeaters, since it adds an additional rotation for each instance. It is included in PairRepeater2D for consistency.